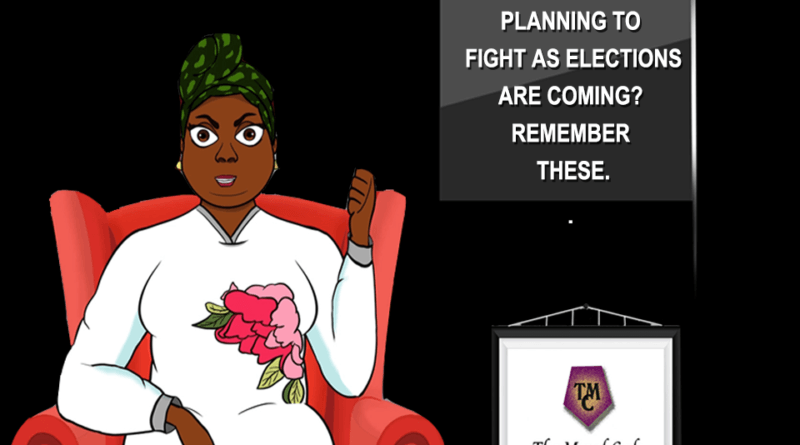 I want to use this medium to quickly remind us, that as the elections draw near, as it’s been a trend with us, there will be those will lose their lives during the elections, the outright trouble makers and the victims, there will also be those who will make unnecessary enemies out of their friends because of politicians.

So please I want us to remember the story of that man on Facebook, whose car caught fire around games village in Abuja, and strangers ran from left and right to help him salvage his car, people he never met, people he may never meet again.

Lets remember, those bits of human stories in crisis thorn states in Nigeria, where people saved others from being killed, the man who hid people in his mosque to save them from being killed and the youth of Dadinkowa in Jos around year 2007, Christians and Muslims, who united during one of the state’s crisis and said there was not going to be any rancor, they didn’t fight amongst themselves, neither did they allow strangers bring in the fight. They stood firm.

Let us remember that for the common masses, in the markets, on the streets, in the residential areas. Aminu is Ogbonna’s shop neighbor, mama Titi will look after mama Aisha’s kids in her absence.

When it comes to the basic everyday living of the Nigerian, we are just regular humans, exhibiting our humanity, trying to survive.

So we must remember, that until we get our democracy right, these politicians don’t love us, they love what they stand to gain. We will only see them during elections, they will fry and eat akara with us, drink pure water with us in the streets, but afterwards, they will chase us on the road with sirens and convoys, they will delay our journey on the road because they are too important.

Let’s remember as elections draw near to be our brother’s keeper, whether they be Igbo, Hausa, Yoruba, Christian or Muslims.

For those who live in crisis prone areas, abeg shift from there as elections draw near, don’t gamble with your life. Just Vote peacefully, don’t fight and don’t peddle fake news

Sadly, no matter how much we preach, the mad ones that want to make trouble are waiting. So we must be wise.