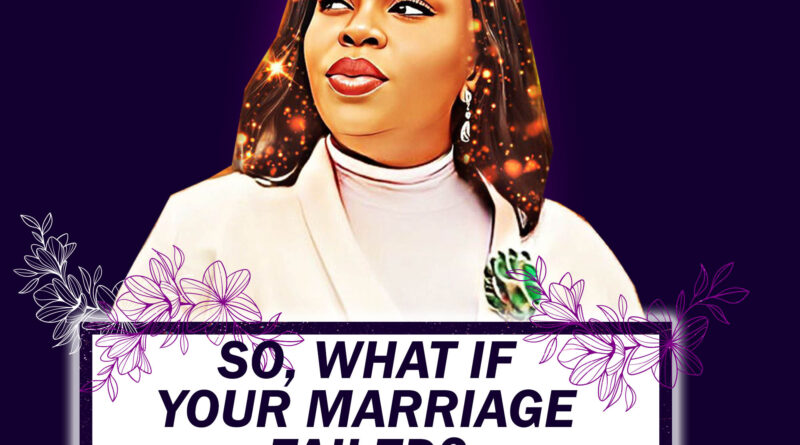 What if you came from a good peaceful home, but end up in a troubled marriage? What if you actually met your spouse at a religious setting but they still turned out the opposite of what you would expect from them? In continuation of 30 Days of Content for Women from The Moral Code, we interviewed Ms. Ruth Oluwadare who is a Divorce and Abuse recovery Consultant, because she has lived through divorce.

It was a Q & A session and we can all learn something from a woman that has survived a marital storm but yet still looks forward with love and hope. If you have any such similar troubles, read to the end and see how you can reach her.

What were your dreams and wishes around marriage and life growing up as a young girl?

Ans: I came from a home where my parents were present, I was well protected that I grew up believing everyone was having the same reality as mine. So, my dream was and still is to have a better marriage than that of my parents. A home where love and peace is the goal. Where we are a team, no one is competing with the other, everyone taking up their role and doing it happily. That was and still the dream I have.

How did you meet your Ex-husband?

In university, he was a fellowship leader when he was in school so he comes back to check up on them. He got to know me through his fellowship member who was my neighbour at the time in my hostel.

When did things start to look strange?

I think it had always been, I just did not take notice of them, though they were very subtle and can be easily overlooked, but it became pronounced immediately we were done with our court wedding while waiting to sort the engagement and church wedding.

What behaviors specifically were clearly abusive?

Control is one of it, he always wanted to know where I was each time, speak with whoever was with me each time. I misunderstood it for love, until he told his friend he used the calls to monitor me and make sure he was in my head. He isn’t aware I heard this conversation. But I was already fully married to him then.

Did you have a moment you decided it was enough or you built momentum to say no over time and leave?

I did both.
I got to that point where I was done, but built a momentum to leave so as to not have a reason to ever look back once I leave. It was a difficult journey but is worth it.

In what ways did people misunderstand you?

So many ways, some expected me to do what they advised, but as good as their advise sounded, it was not good for my circumstance. I understood my journey than they did.

Some felt I was an advocate for divorce that once there’s misunderstanding no matter how small, they should divorce their partners.
Some felt I over reacted and should have prayed more.
Some felt I should not have shared my story as “dirty linens are to be hidden” but I don’t believe in that ideology.
There are lots but I’ll stop here.

What role did you play in your own situation, when you reflect on some of the things that happened?

In retrospect.
Accepting the abuse and not standing for myself is one.
Ignoring the red flags was another.
Believing everyone is as kind as I am is another point.
Thinking my prayers and patience can make him change after the discovery is another.

What is the difference between the woman you are now and who you were in the marriage?

Growth! That is the difference
I am more self aware now, my voice has become too loud to be ignored.
I invested in myself by working on me, going for therapy and coaching, unlearning bad habits that served me while in the bad marriage but can’t serve me in the future.

How would you train your sons to be different?

To be humans, connected to their emotions, treat others how they want to be treated, understand that house chores are life skills, not gender specific

Does your previous encounter make you a little scared or reluctant to try marriage again?

Maybe before, which is expected anyway, but not anymore.

What do have to say to women in situations they know isn’t right and they shouldn’t be in?

Ask yourself heart searching questions like.
Will this situation serve me in the next 5 years?
Will it improve my life or make it worse?
Is it allowing me live to my full potential or is there any hope of this happening?

If you are not confident about this, face your fears now.

In addition, I’ll say this.
Ask yourself what dreams you had about your life as a child, you may think they are intangible, but they are your North Star to where you should be, and if the current situation you find yourself is not in alignment with that path, make an adjustment.

My name is Ruth Oluwadare, also known as The Unbreakable Ruth.
I am a transformational coach, Divorce and abuse recovery consultant, author and a personal shopper (Beeks personal shopper on Instagram).

My mission is to raise women with Emotional, Mental and Psychological stability with blend of spirituality for a sustainable and lasting growth.

I have a community of women on Facebook who belong to The Unbreakable Tribe. Where we share and help each other freely.