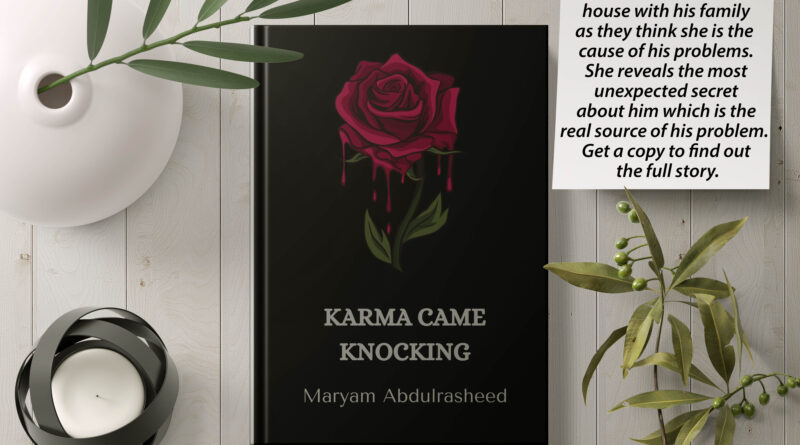 FAMILY STORIES VALUES
April 9, 2022 The Moral Code 0 Comments Karma Came Knocking, Naija Gist, Naija Stories
Bisi got home and the most unbelievable sight greeted her in the living room; actually, the living room of her parent’s house where she still lived. Her ex from seven years back was seated with some members of his family. Everyone appeared sober and quiet as she walked in. She looked at her mother who asked her in Yoruba to sit down.
She gingerly greeted everyone, as she looked round the room, his aunt, who she had only met once but spoken to on phone severally was there; his sister; his uncle; and a cousin of his; were all there. She eventually looked him straight in the eye and gave him the only kind of stare she could, a very cold and unfeeling one. She looked at the face with many worry lines, the face of the person who comfortably broke up with her after an almost three-year relationship, after they were already engaged, through a text message, and over a health condition she had no control over.
Bisi pinched her wrist slightly, and thought to herself, “Nope this is no dream”. The eldest of the uncles started to speak first, “Our daughter, we know this man has wronged you, it took a lot for us to be able to follow him here”. His sister passed Bisi a phone to show her two kids, a boy and a girl, both with very obvious genetic disorders. One had Down syndrome and the other appeared to have Treacher Collins syndrome. She didn’t need anyone to tell her, she knew what she was seeing.
Her ex and his people were there to ask her to forgive him and gave subtle insinuations that if she had done something to him which was making him go through his current situation, she should undo it. Oh! So these people think she was a witch or what, or some sort of vodoo woman who could affect someone’s life like that.
Her lips parted in a smile that was a rather sad one. She looked at him, her ex, and said, “You this idiot, and selfish betrayer thought you can play God at the expense of someone’s feelings… I have a health challenge that I never hid from you, you knew, but suddenly you felt you could discard me. But you never knew I had seen clear signs that you may have kids with genetic disorders. I knew it, but because my own philosophy in life is that when you have chosen to love someone, you endure through life with them, you face challenges together, I decided to keep it to myself”.
She turned and faced his family, smiled thinly and added, “So while you’re all confused about what I’m saying, I’ll take you through our story and the exact sign I saw in him.”
I’m sure you are enjoying what you are reading, story lovers keep reading HERE
Follow The Moral Code across all social media platforms.