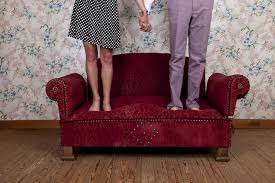 Cohabitation before Marriage; Why you should not!

Years back, cohabiting with one’s significant other before tying the nuptial knot was often times described in derogatory terms and often thought of as immoral. Today, the picture is quite different.

While it is still considered a taboo, so many couples are now living together before getting married, with statistics showing a steady rate of increase in cohabitation over the past 50 years.

The Oxford Advanced Learners’ Dictionary defines cohabitation as the state of living together and having a sexual relationship without being married. While most cohabiting couples would deny the latter part of this definition, living together before marriage naturally signals that a couple is already sleeping together. Which is a violation of the religious proscription against pre-marital sex.

Don’t get me wrong; I am not looking at this basically from the religious point of view alone, because this is a choice that actually transcends any particular religion, and it’s not in my place or any one else’s to condemn two people who love each other , for the lifestyle choices they make , that will affect no one else but them. But morally speaking, cohabitation is something you should never indulge in, and I will tell you why.

If you ask most cohabiting couples why they chose that path, most would say that when you move in with your partner before tying the knot, you get to test out what life will be like sharing the same space. Some say that cohabitation helps you to ‘test run’ your relationship and it is the best way to test your compatibility for marriage. Others even cite the economic benefits such as sharing rent, bills etc , as a motivation for moving in together.

But the truth remains that cohabitation has more cons than pros. Statistics even show that most couples who cohabit before marriage have a 50% more chance of getting divorced in future than those who never did.

Many women see living with their partner as the next step towards getting married. They see it as a sign of how committed their partner is to the relationship. But a wise man once asked a very salient question ‘ why buy the cow when you can get the milk for free?’. Most couples end up getting too comfortable with the living arrangement and then don’t see the point of getting married if it feels like they already are.

Another reason why you should not cohabit before marriage is that if you lived together before getting married, you don’t get to experience the newly wed feeling.

For the ladies, cohabitation lowers your self worth in the eyes of your partner, as some may see you as being desperate, loose or even cheap. In fact, most men would not want to marry a woman they lived with before marriage as he would think she cheapened herself by performing marital duties before marriage.

Furthermore, even when couples who cohabited before marriage don’t actually break up, there are a lot of evidences to suggest they are less happy in their marriage, than those who moved in after the wedding. Some research also showed a link between pre-nuptial cohabitation and a decrease in marital satisfaction.

Lastly, I would add that as a result of prematurely ‘locking in’ to one’s lover, people miss out on opportunities to explore better choices and to date those with whom they might have been a better fit.

If you’re going to wait to live together until after you’re engaged, why not hold on a little longer and move in after you must have been joined together fully?

From an objective stand point, it won’t have any negative effect whatsoever on your chances for wedded happiness and longevity. From a subjective one, it will enormously enhance the trans-formative weight of a ritual meant to weld two souls as one.