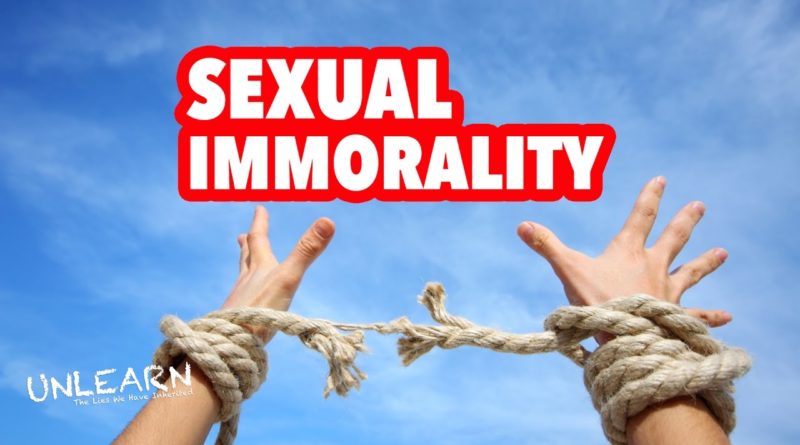 Sexual promiscuity has never been okay. Abstinence not only gives our lives sanity, but it keeps our minds and bodies at peace. There are people who are quick to accept any sexual advances. For some, as seen with male folk, they see this as a conquest, while some ladies simply lack the moral compass to sit and evaluate their behavior. So if you still think it’s okay to sleep around, this is for you.

Lets look at this whatsapp message that’s being shared on the topic of this post, before we go on to see other ways sexual promiscuity is doing damage to us as humans.

If you have SEX with a man, his DNA lives in you forever.

Workman noted that a research by university of Seattle USA has proven that;
There is now a greater understanding of why God asks us not to have SEX before we get married.

This research proves that any man, that a woman has SEX with leaves a part of his DNA in the woman.

The man who has had more SEX with her, leaves more of his DNA in the woman. So when a woman ovulates, the eggs that she produces contain more of other DNAs.

So we need to educate the girl child to remain a virgin till marriage.

Anytime you have SEX with another man you become one with that man (spiritually too) and carry the man’s DNA and according to Workman this is called SEX Web especially when the woman has multiple SEX partners.

At some point when you have too many of the male DNA in you; you change, because your cells are changing.

That also proves why when married couples live together for a long time they end up looking alike. The woman’s DNA changes when she has sex with men. This is very serious.

The world should know this and stop silly SEX promotions.

It is bad than good.
Unfortunately women are the victims.

This was found out in many other research articles mostly released this year. So it is new and we all have to know.

The fact is,women retain DNA from every man they have slept with.

Cells transferred from a man to a woman during intercourse become integrated into the woman’s body after SEX, every single time they have SEX.

This study found the presence of genetically distinct male cells in the brain of women. This also means these other male cells will be found in a foetus when the woman gets pregnant.

(This is called microchimerism.)

Every male you absorb sperm from becomes a living part of your life. Sperm is a living substance. Living cells. It enters your bloodstream and collects in your brain and spine.

The above focuses more on the woman, however the consequences of sexual promiscuity, relates to men as well, maybe even more strongly. Men who are promiscuous having many sexual partners have to deal with the following and more:

We find that the laws of right and wrong apply to us all, and we pay a price for all the wrong doings we indulge in. Sexual Promiscuity is one of our modern day vices. Abstinence till one is in a wholesome union, worthy in the sight of God and Man is best. Hopefully we all learn and become better.