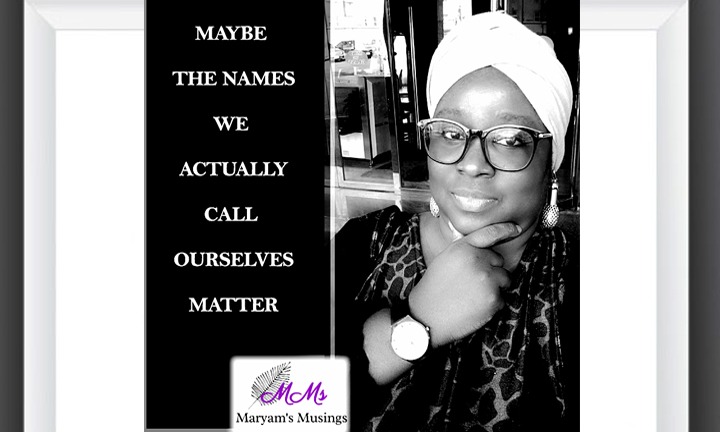 Anyways, I think I digress a little, but that was a fun intro. So let’s talk a little about names. My name is Maryam. Maryam has different variations worldwide, Maria, Mary, Mariam etc. All pointing to one woman in religious history. The mother of Jesus, also known as Isa. Was she a virtuous and Godly woman? Yes. Sometimes when I want to kind of act in a not-Mary-like – way, I remind myself who I’m named after. 😇

I want to believe many of us remind ourselves too what our names stand for and try to live up to that. I also gave myself a nickname Brightgem, and so I believe I will indeed stand out like a Brightgem in life. That said, let me move on to two other scenarios about this name thing.

Gisting with a friend early last year, he talked about an area scatter young chap called “No case”. You know, one of those them-no-dey-hear-word area boys. When some sort of gang fight happened involving No Case and he got killed, police did nothing about it as they said there was No Case there for them. Isn’t that an Irony?

A famous musician died some years back due to alcohol poisoning, she drank a lot. Her name had something to do with Wine. I will not mention her name, as I don’t intend to insult her memory. This is just for reference & context.

So could there be something in a name & how we refer to ourselves?Maybe so, maybe not. As I always say, these are just my musings.

But I have a question, if you found out that the name you were given means something unpleasant, and you just found out, would you change your name?