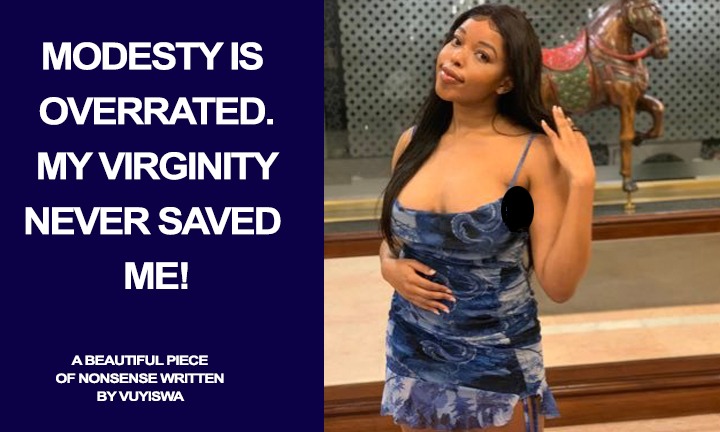 Instablog shared the tweet of this young woman and it will be great if we dissect her self-impressive post.

While misogyny and these our gender battles will probably continue till the end of time, it is difficult to hold on to the exact thing this madam is trying to say. Virginity has never saved her from misogyny, yet modesty is overrated. Is being a virgin not a shot at being modest in the first place.

Who told her that speaking against demeaning challenges like Silhouette challenge means you are trying to escape misogyny, so we as women or humans in general, are we lacking a sense of our own to point out wrong when we see it? Must we be pointing it out for any other reasons than it being wrong?

“Our sexual preferences do not make us better than other people” She said. Yes it does. Or why is paternal fraud an issue, who respects a married person caught in a compromising situation with another person? Who respects a loose man or loose woman? Why do people find themselves having to hide an ugly sexual past or having to explain it to someone important.

Because you can speak English, does not mean you are making sense. Below is her beautiful nonsense. 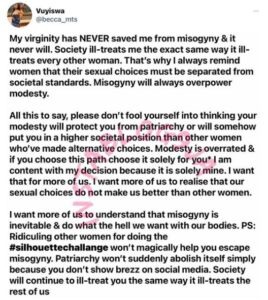