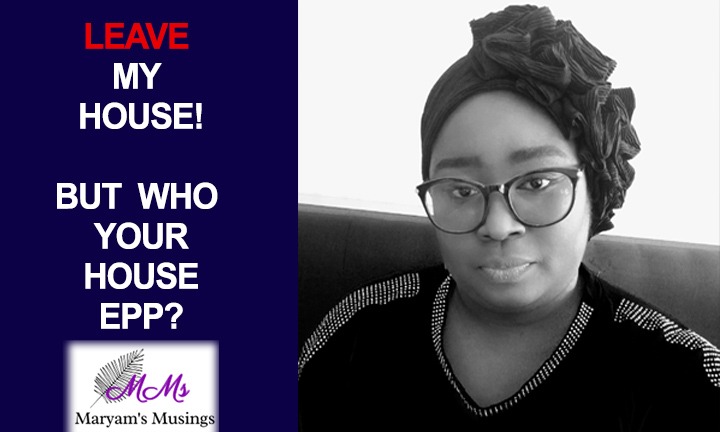 FAMILY OPINION PIECE STORIES VALUES
April 7, 2021April 7, 2021 The Moral Code 0 Comments Naija Stories, Nairaland
Mrs. Ola heard her phone ringing. John was the caller, she picked and listened for the next few minutes to his rants, rants which he started by greeting her with “Good day Madam” he went on and on about how her sister, his wife, doesn’t take corrections, and is not even efficient with house chores anymore always saying, he should understand it’s because she is pregnant.
He ended his rants saying he was tired and he needs a break from this marriage, from Titi. Mrs. Ola asked him “should I send my driver to get her?” There was a pause at the other end of the phone. It wasn’t quite the response John was expecting from this woman, he said he’d call her back and hung up.
Mrs Ola immediately called Titi and told her to pack her things the driver would come get her.
She had raised Titi as a second mother after their parents passed. She was more than 15years older than her sister and had fought many battles for them to have a good life. Mrs. Ola currently had only daughters herself.
Months passed, John’s ego was already having a melt down, his wife had delivered twins, he was not invited or called for any form of reconciliation. He had not even seen his children. He knew Mrs. Ola was famed as a no nonsense woman, but he too felt he had to teach her a lesson for taking his wife away from him.
His friend and Lawyer after listening to John say he was going to charge Mrs. Ola and her family for abduction told him it looks like he was fighting a lost battle. He allowed her to go and didn’t reach out either, he could tell John was suffering inside but ego was his problem. He told John he knows the right thing to do and he should do it.
When John eventually admitted to himself that he missed his wife and longed to see his babies. He found himself face to face with Mrs. Ola at her gate, as she had warned the gate man not to ever allow John into the building.
“Oh, so you can greet properly? The last time you spoke to me on phone, it was Good day Madam. You think I’m in the class of those in-laws that will be begging you to keep a woman in your house, little misunderstanding you begin to threaten a woman she should leave your house, where is the house sef, that hut? Did you see my sister living in penury when you married her? “
John carried a humble countenance barely able to look her in the eye.
Mrs. Ola continued “you will attend marriage counselling like a new couple to understand what works for you both. My sister is a very fragile girl, right from childhood, if you as the husband haven’t observed this, then sorry for you, your wife is your help mate and companion not your MAID, if some women have the strength to juggle house chores, work, do business all day everyday, not her, she is not lazy, that is how she is.
You, her husband ought to protect her, she was pregnant and you were asking her to do ridiculous things, who wakes a pregnant woman to go and be turning swallow in the middle of the night, and got angry when you found out she slept off in the kitchen. Are you her master and she your slave? I’m not interested in breaking her home but I remain her guardian and refuse to see her inconvenienced by anyone. So go and write me a letter about all the adjustments you intend to make. And take note, you will get a maid to assist her or no deal”
Mrs. Ola banged the gate shut and John walked to his car thinking of the next steps to take.
The lessons

Relatives should begin to learn to stand by the women in marriages more and help them. Many men don’t sit up, because they expect to be praised and begged by in-laws when they threaten their wives.

If you didn’t marry a woman who is used to much physical labour don’t start complaining and asking her your pounded yam must be made with original Mortar and Pestle pounded with hands every night. Even the man who worked in an office all his life, cannot suddenly start pushing wheel barrow or turn to a bricklayer.

Women can and should support other women.