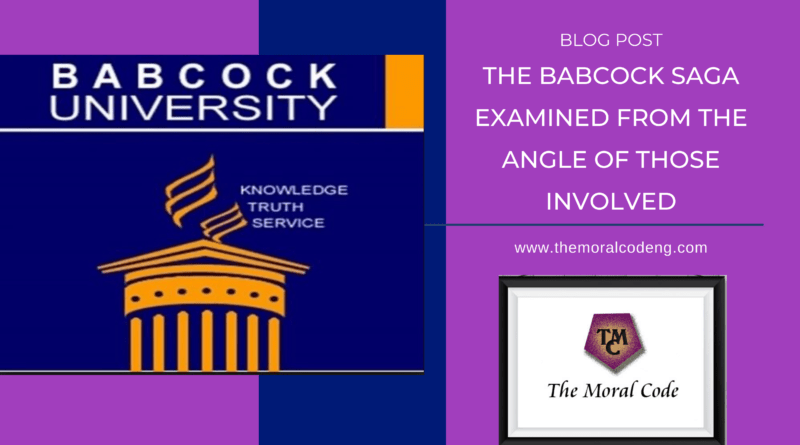 It’s been a week filled with all manner of drama. It’s not that Nigerians don’t do good things, I’ve come to realize that bad just has a louder volume and reach, hence why it seems only bad things trend. So the saga we’ve been experiencing has mostly been from our educational institutions. From the 5 students who beat their fellow student, to the mother who went to fight or defend her daughters fixed eyelashes in the famous Queens college and finally to a most scandalous sex video that trended as a Babcock school incident.

People have said a lot. Some feel nobody holy pass so what’s the big deal in what she’s done and feel the school should not have expelled her. Some think after good discipline, she needs to be reformed.

Well The Moral Code is here to address issues of Moral decadence without all the sentiments people love. Moral decadence is eating us up in Nigeria, we are not only dealing with corrupt leaders but morally lax youths.

A girl from the same Queens college won a prize for the school, but we can’t hear her because another person’s act supported by her mother has overshadowed her achievement. This is why I say and believe, moral decadence comes back for us in many indirect ways while many will tell you to mind your business as long as it doesn’t affect you.

Well, here is The Moral Code not minding their business again and bringing you The Babcock saga examined from the angle of those involved. 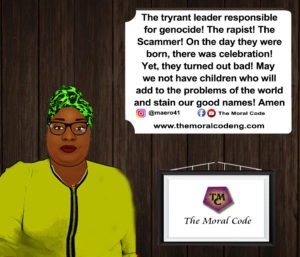 THE PARENTS
In this whole saga. I pity these set the most. Her parents. Too many of us take our parents for granted. We forget that even if they are not seeing us, they are to be respected and regarded. We are an extension of them. Parents do try to bring up their wards well, nobody wants a mess for a child. However, I feel bad for her parents the most because, only parents can imagine the horror of waking up to such viral video or receiving a phone call that informs them about what’s going on and then they have to see it. If indeed her father is a clergy man as being spread. That’s even worse, how does he stand at the pulpit to tell people about God or morals when his own house has been soiled, when she has snatched his moral vibe or energy to be credible to speak. How will her parents face their families, their friends, neighbors? Oh the shame. I don’t want to imagine. A child that people rejoiced when the child was born and they gave her a name and predicted great things in her life. I really really feel for the parents the most.

THE SCHOOL
I have nothing much to say about the school. Like they say when in Rome, do as Romans do abi? If you come to my house and I tell you my rules, you either stay or you go. They absolutely reserve the right to keep her or send her away and are not obliged to listen to anyone. It was their decision to make. Their reputation was and is still at stake and many parents just changed their minds about sending their kids to that school, think about that as you abuse the school too.

HER FRIENDS
Some are laughing. Some don’t know how to take it. Some have been warned by their parents to stay far away from her, some will stay to comfort her, some will pull her out of the rut, some are waiting to taunt or blackmail her with this incidence years later. Some might have been involved in leaking the video. It goes on and on. Human nature is dynamic.

THE GUY
Not sure it’s ever going to change that a guy doesn’t get to be shamed for sex acts, the woman takes the hit more. Who knows him? Who’s talking about his parents shame? Nothing at all, it’s as if he doesn’t exist. Hard truth.

THE SPREADERS
There is really no gain in spreading a video like this, but till now people are dropping their emails and numbers to get the said video, people are probably making a business out of it. Why? Where is the sense in what you are doing, isn’t it a mind troubling matter for you? Don’t be the reason a problem escalates or a negative thing gets spread, you are spreading something involving another human being’s dignity. Sometimes I just Kent deal.

HER
Let’s face it, if you like call it judging, the girl messed up. She didn’t just mess up, she’s been messing up since, her mind and actions have gone far in this rut hence the boldness in the act exhibited. Some say you are an adult and free to do as you like, I laugh at them. An adult who’s school fees is still being paid right? who still has people to answer to. You had just one task, which was go to school and get an education, instead you added other immoral extra curricular activities. When you were doing the video forming badt girl, you didn’t know it would be your undoing months later.
You took a decision and now you are facing the repercussions of that decision. In life we keep taking big and small decisions, they always lead to something, good or bad.

So that’s just stating the facts, hard girl hard girl! This is the outcome. That’s not judging, it’s stating the obvious. That said. Of course this will be a dark period, but there’s no one as long as they are still alive that cannot turn around and retrace their steps. Oh! everyone will forget you soon, something else will grab their attention. Treasure those who will stand by you, lean on them to make it back out of the dark place. What you chose to do with your life from now hence is up to you.

In conclusion, everyone will still talk, some will be logical, some will continue to say the most unreasonable things. As for those saying, nobody holy pass, we all do it, we are all hypocrites. Abeg make una march una brakes there. There are people, who early in life, took a decision about what they wanted, and where they were headed. They stuck to it. You’ll never catch them doing certain things, stop assuming the world is a certain way because of your own realities and lifestyles.

I’ll just end by saying, may we not trend for the most negative and ugly reasons. 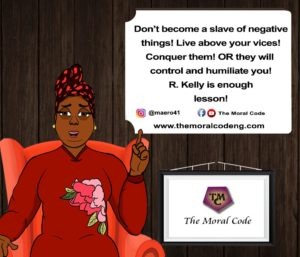